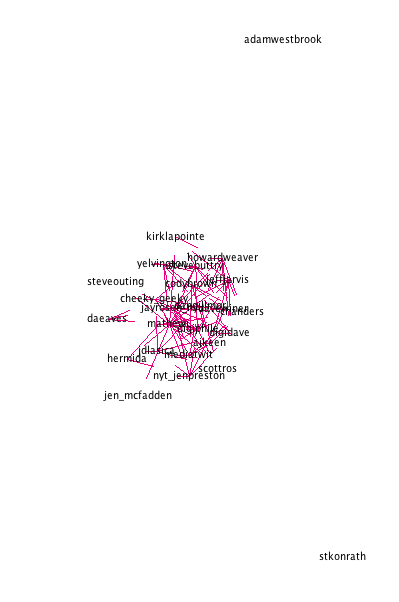 Unfortunately I can’t post the actual paper for a year, but hopefully the talk is going to be more interesting anyway! I used Google Docs to create my slides and you can find the deck here. Twitter: An Overview Who doesn’t use Twitter? Who doesn’t use Twitter because they think it’s pointless? Before I start, […] 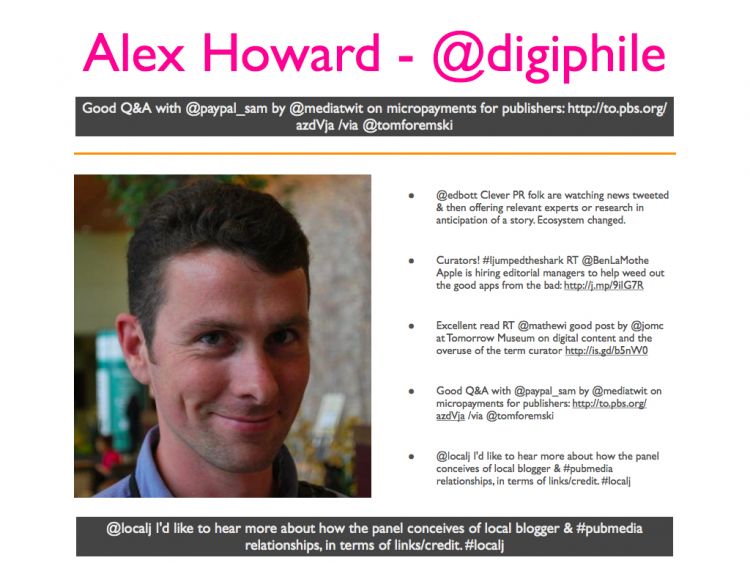 I used the Classifier4J Summarizer to summarize the tweets and pick out the 5 tweet summary of the period, and the 1 tweet summary of @ replies and non-directed tweets. Only letters and spaces were kept for the summary (thus each tweet was treated as one sentence), the summarizer transforms everything to lower case and […]

Continued on from Part 5, exploring what they are saying using the Phrase Net visualization from Many Eyes. Each image is a link to the applet where you can explore the text and interact with it. Change the linking word on the left – I’ve used space, but “and” or “is” in particular could be […]

Continued on from Part 4, exploring what they are saying using Word Trees on Many Eyes. Each image is a link to the applet where you can explore the text and interact with it. Change the word in the top left corner to change the root of the tree. Alex Howard Alfred Hermida Andrew Keen […] 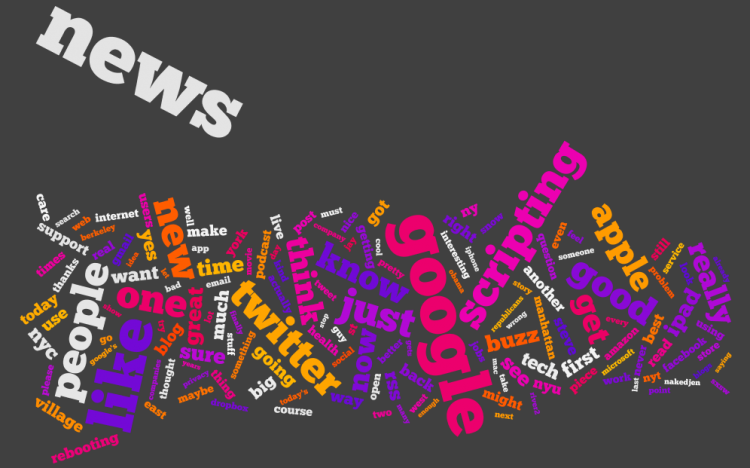 In which we answer the question – what are they saying? I’ve split the tweets up into two types – at replies, and not at replies, and a third which contains all tweets. I’ve created wordles of each one, for each of the 20 people we were following. If you haven’t – check out wordle.net. […] 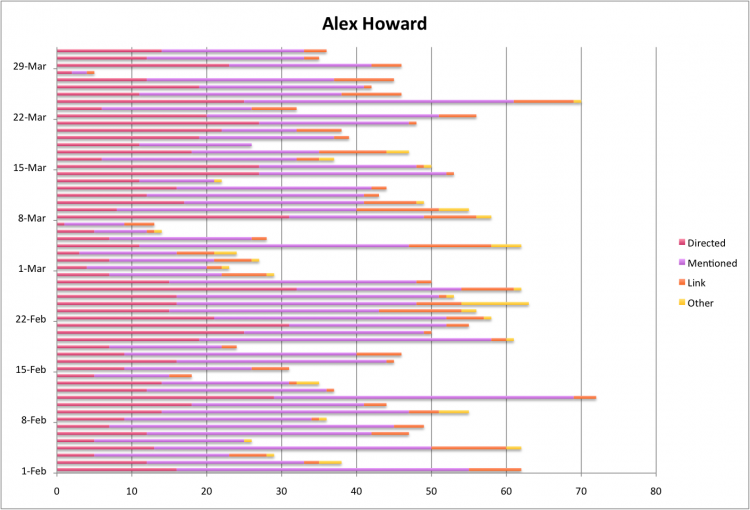 Continued on from Part 2, I’m representing similar data in a different (less exciting) way. Before, we looked at how the activity on the twitter streams was spread out over the day and by different types of interaction. Here, I’m using charts to show the breakdown for the day, by user. I’ve also created charts […]

After breaking down the overall types of tweets from people, next step was to create scatter plots of their activity. Unfortunately, Excel will only plot 250 data points – how unreasonable! Luckily I love breaking Excel and coding something that will do what I want it to do and look prettier, so voila. Color scheme: […] 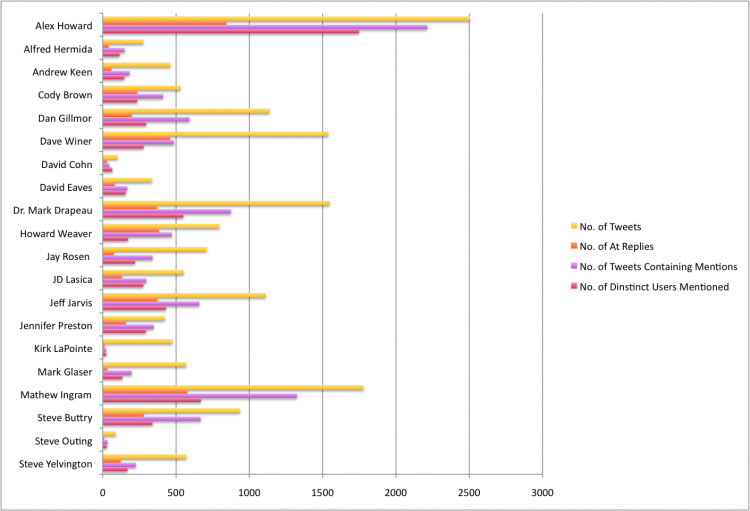 My friend Caitlin is using Twitter to investigate the discourse around the future of newspapers. She has collected a bunch of data in a spreadsheet, and I get to visualize it – yay! First up, extracting some general stats. I used the Apache POI to get the enormous speadsheet into Java (normally I would use […]