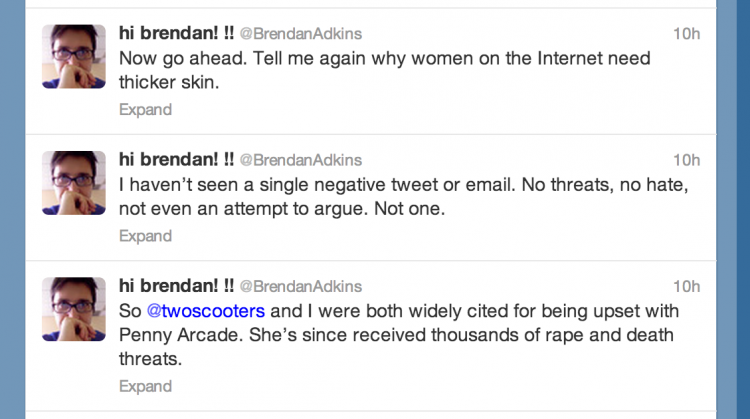 It seems like I am often giving well-meaning men (and sometimes women) a basic overview in the issues women face in the tech industry. I wrote something along those lines the other week, but here is something more comprehensive. It’s a Societal Problem Let’s start with the most horrifying finding – more parents encourage their […]

There’s this class of problems in Computer Science, called NP-Hard. The short explanation for this, is that these are some of the most difficult problems in the field, where solutions are likely to be exponential in time. One such problem is the Travelling Salesman problem – finding the shortest path on a graph (or a […]

I was talking to a – male – programmer the other day, and he was telling me how much his high school CS teacher sucked. This is not an uncommon story. I know some good high school teachers. I’ve heard about a lot of bad ones. This particular bad one taught Visual Basic, and gave […]

UPDATE: This idea is now reality at CompSciWoman.com Cate and Maggie met at IBM’s Extreme Blue program. However, Maggie had found Cate’s blog before they met – she’d been looking for blogs written by women in Computer Science. There were few other women in Maggie’s building, and so our two protagonists became close, talking about […]