I’ve frankly been amazed by the number of hits I’ve had on my Twitter Graphs since I put them up yesterday. This is the first phase of something I’m working on, so I’m going to write a little about the logic behind it here. Suggestions or thoughts are very welcome! There was a time when […] 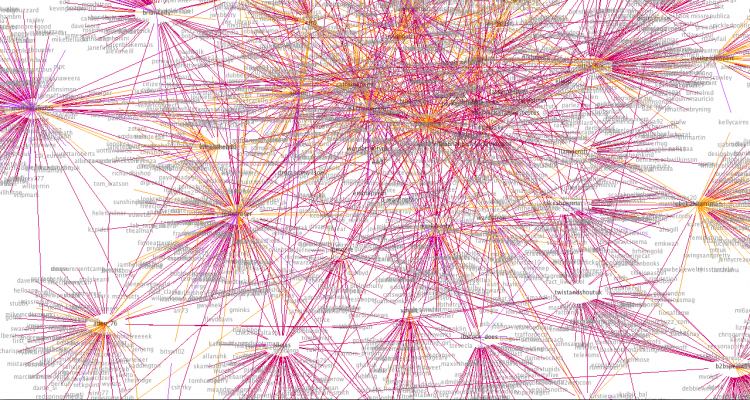 UPDATE 9/10: Insight into how this works and the rationale behind this in this post. So after my last post I received a couple of graph requests. Here’s @map_maker‘s, see how I’ve added the directionality. This one took a long time to build. She talks to a lot of people who talk to a lot […]