For 2015 I chose the word “ship“. 2015 was the year of freedom – freedom to do my own thing, but also the pressure of figuring out what that looked like. No-one to answer to but myself, and I was the worst and also the best boss I have ever had. The worst because I’m a […] 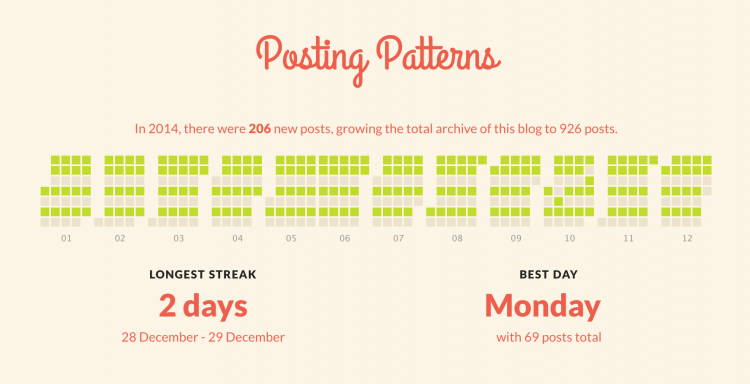 2014 has been interesting. 2013 kind of sucked. 2014 has been the year that I rebuilt, hopefully giving myself a solid foundation to thrive in 2015. I finally left my corporate job – something I started thinking about and planning for in 2013. Part of the plan was building my profile outside of a conglomerate, so I […]