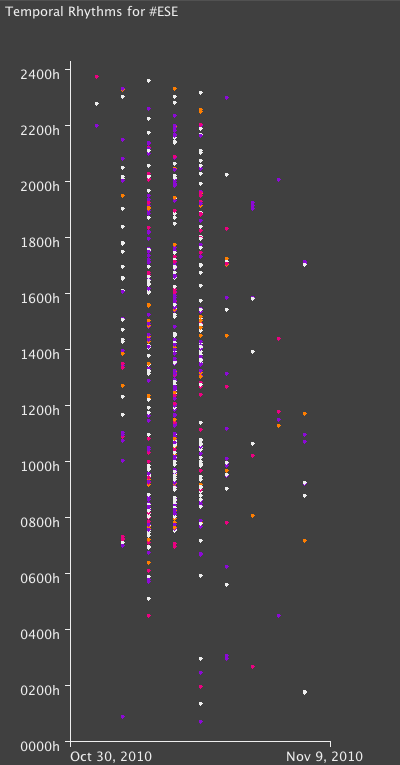 I wanted to explore temporal rhythms around the conference, for example to pick out more popular or particularly tweet-able sessions. Color scheme: Is directed at someone by starting with an @ Contains a mention (@) of someone else Contains a link Disappointingly, no patterns are immediately obvious here – it seems like tweeting was reasonably consistent throughout. I […] 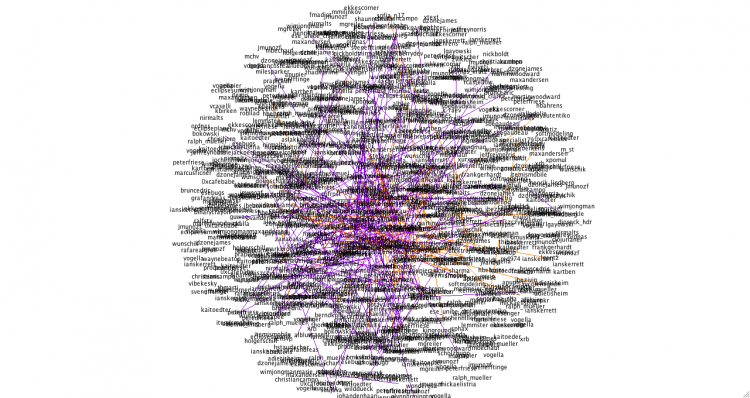 Continued on from this post. Also see my supervisor’s comments. Interestingly, it turns out there is an Eclipse product called “Eclipse RT”, so perhaps there weren’t as many retweets as the wordle might have suggested… Still – 413 of the 640 tweets in the data set contained an @ mention of some kind. Of these, […] 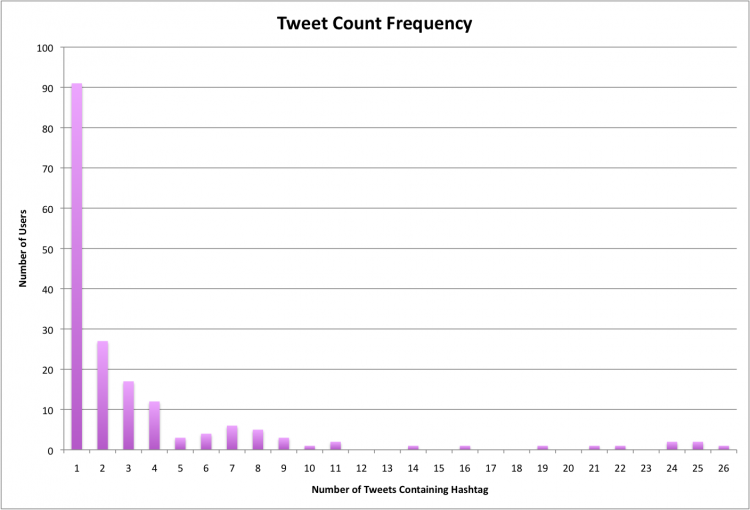